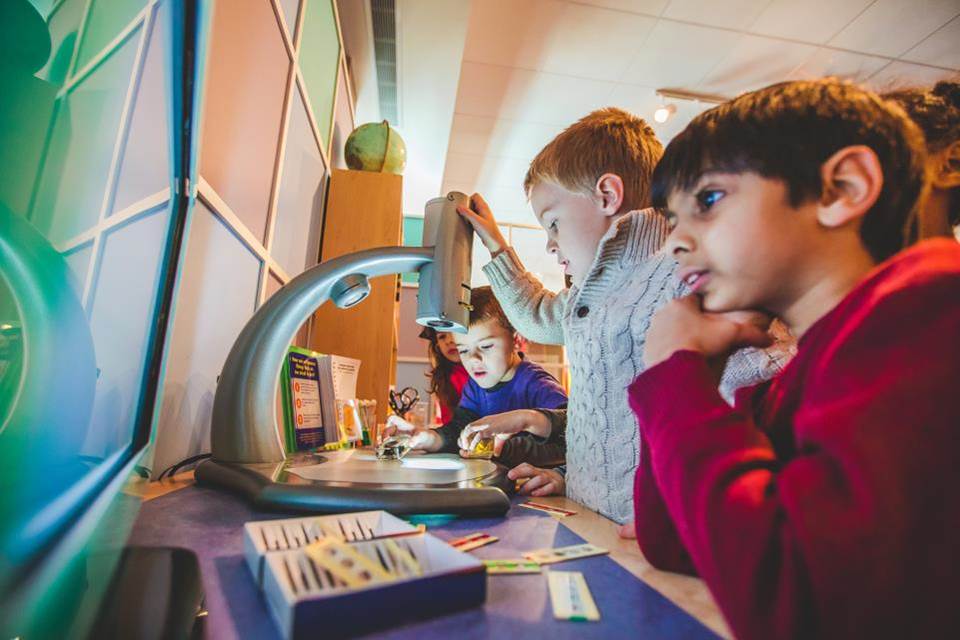 Miami  – Beginning Saturday, February 11, 2017, kids can join Sid the Science Kid on an amazing, scientific adventure when Sid the Science Kid: The Super-Duper Exhibit! opens at Miami Children’s Museum! This exciting, new traveling exhibit brings the award-winning PBS KIDS TV series Sid the Science Kid to life. For the first time ever, kids will be able to step into Sid’s world and become “science kids” themselves as they discover and investigate everyday science questions around Sid’s home, at school in the Super Fab Lab and on the playground. Through fun, hands-on activities, kids will use scientific tools and thinking to learn about simple machines, the laws of motion, magnetism, air power and the five senses. It’s sure to be a super-duper-ooper-schmooper good time!

Created by The Magic House, St. Louis Children’s Museum in collaboration with The Jim Henson Company, the exhibit is generously made possible by The Boeing Company, the Employees Community Fund of Boeing St. Louis, Sally and Bill Canfield, the Crawford Taylor Foundation, Judy and Jerry Kent, Monsanto Company and Sigma-Aldrich.

Sid the Science Kid: The Super-Duper Exhibit will be at Miami Children’s Museum 980 MacArthur Causeway on Watson Island in Miami Saturday February 11 through Sunday, May 14, 2017.  It is free with Museum admission which is $20 for adults and children, $15 for Florida Residents, free for children under 1 year and admission for MCM Members is complimentary.  For more information, please contact the Museum at 305.373.KIDS (5437) or visit www.miamichildrensmuseum.org.

The Miami Children’s Museum (MCM) offers bilingual and interactive exhibits; programs and classes and learning materials related to arts, culture, community and communication. They have 14 interactive galleries as well as housing many exciting and fun traveling exhibits. Miami Children’s Museum is dedicated to enriching the lives of all children by fostering a love of learning and enabling children to realize their highest potential. Through arts and educational programs, MCM seeks to include and target all audiences in Miami’s changing and diverse community by becoming the “town center” for Miami-Dade County’s children and families.

Founded in 1983, Miami Children’s Museum is dedicated to enriching the lives of all children by fostering a love of learning and enabling children to realize their highest potential.  Visitors of all ages are encouraged to play together, learn, imagine and create.  The 56,500-square-foot facility includes 14 galleries, classrooms, parent/teacher resource center, 200-seat auditorium and outdoor exhibits, including a new playground. The museum offers hundreds of bilingual, interactive exhibits; programs and classes, including special needs classes; Subway restaurant; Kid Smart educational gift shop and learning materials related to arts, culture, community and communication.  To learn more about the museum, please visit www.miamichildrensmuseum.org.

About The Jim Henson Company

The Jim Henson Company has remained an established leader in family entertainment for over 50 years and is recognized worldwide as an innovator in puppetry, animatronics and digital animation. Best known as creators of the world famous Muppets, Henson has received over 50 Emmy Awards and nine Grammy Awards. Recent credits include the Emmy® nominated “Sid the Science Kid,”  “Dinosaur Train,” “Wilson & Ditch: Digging America,” “Pajanimals” and “Doozers.” Features include “The Dark Crystal,” “Labyrinth,” “MirrorMask,” and “Unstable Fables” and television productions include “Fraggle Rock” and the sci-fi cult series “Farscape.” Independently owned and operated by the five adult children of founder Jim Henson, the Company is also home to Jim Henson’s Creature Shop™, a pre-eminent character-building and visual effects group with international film, television and advertising clients, as well as Henson Recording Studios, one of the music industry’s top recording facilities known for its world-class blend of state-of-the-art and vintage equipment. www.henson.com