Miami Children’s Museum has always been a leader in providing the best possible environment for children and families to play, learn, imagine and create. As part of our Museum at Home initiative, we are bringing our art studio to YOU! Check back monthly for new art projects, science experiments, how-to activities and more, all designed by our Museum educators for you to do at home. 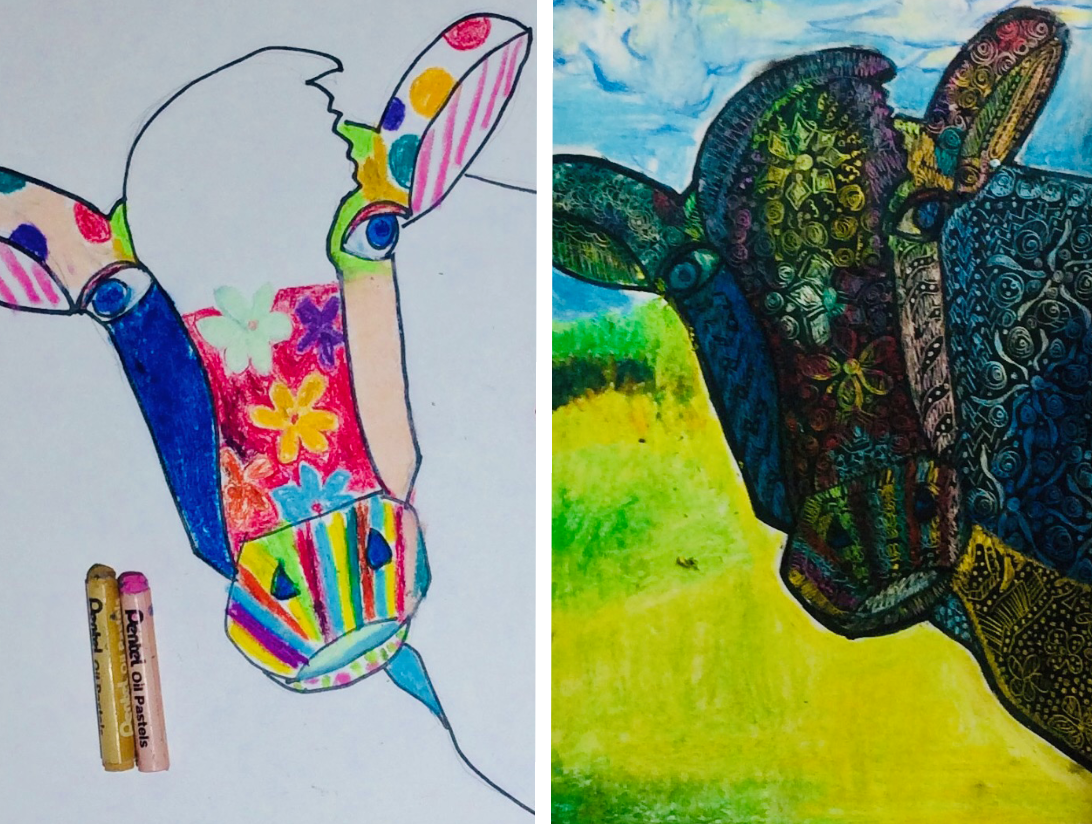 To celebrate National Dairy Month, we are decorating our own colorful cow. Cows are pretty cool animals, and here in Florida we have a lot of them, with herds ranging from 150-5,000 cows. Florida dairy cows can produce 6-8 gallons of milk per day, and one gallon of milk is the equivalent of about 345 squirts of a cowʼs udder! Most cows in Florida are black and white cows, but today letʼs try to make these cows colorful by using a technique called sgraffito, where we scratch the surface. 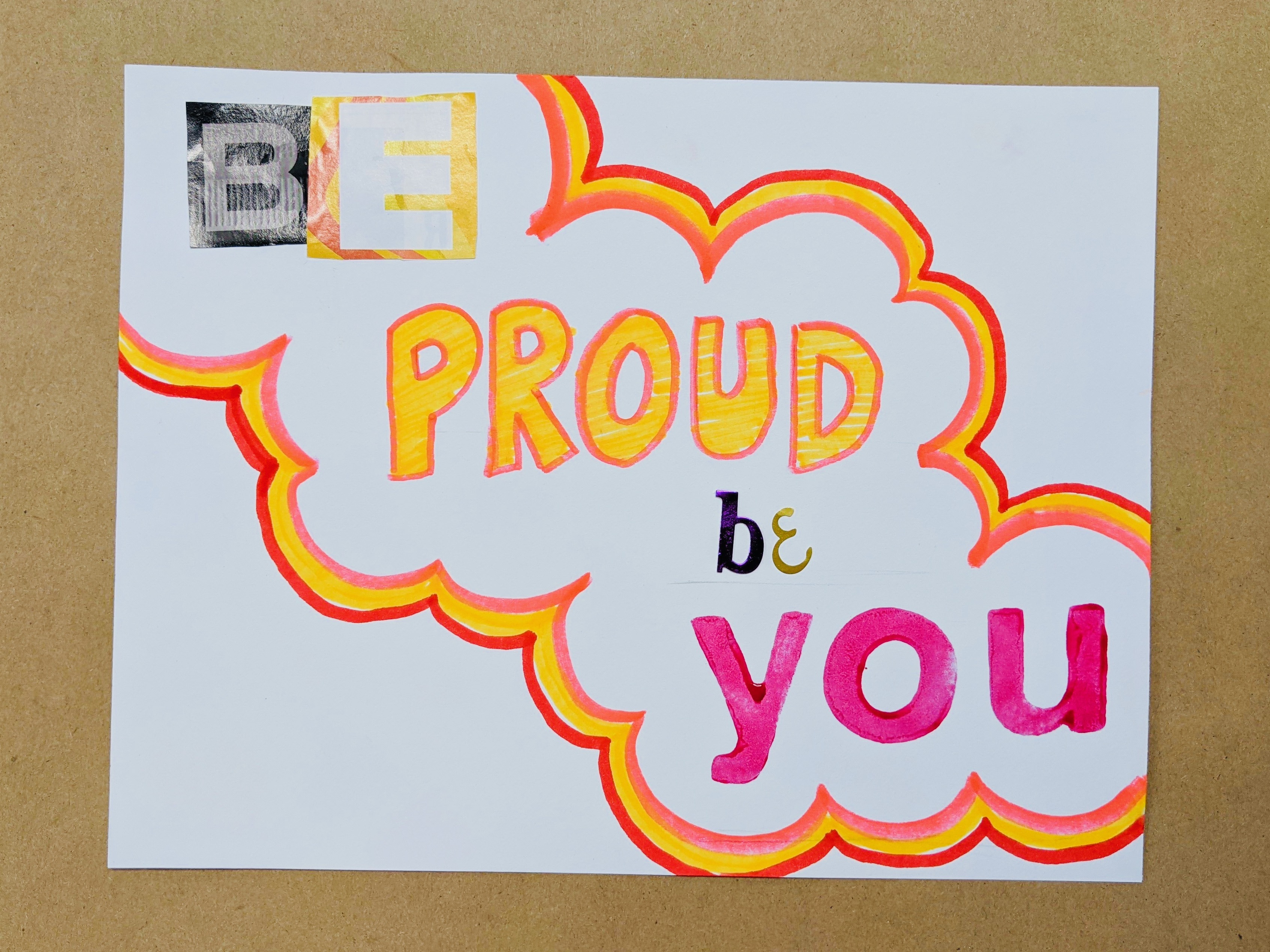 Jae Lin is a trans non-binary artist. They identifies as equal portions male and female. Jae is known for their typography, which often has uplifting, encouraging, and positive messages, allowing the viewer to feel good inside! They created Doodle Me Alive, their artwork website, which focuses on affirmations, cute illustrations and trans liberation. Typography is the art of arranging letters, and is seen on screens, paper, and signs all around us. With typography you can change the look and feel of words or phrases by using different styles of letters to say different things. Like people, they have different personalities. For example, thick bold lines can be loud and thin cursive lines are soft and quiet. How we present these words becomes just as much a part of the message as the words themselves. In this activity, we are using different mediums that can be used in typography, such as stamps, stickers, magazine cut outs and letter drawing. Like Jae, we will use our voices to put a positive message out into the world! 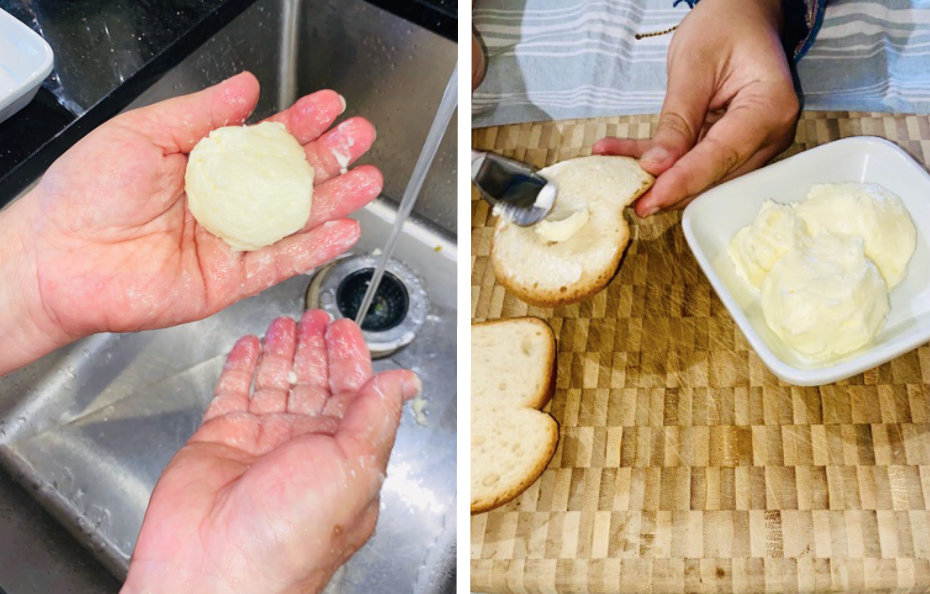 How to Make Your Own Butter! | How-To

June is National Dairy Month, and what better way to celebrate then by making your very own butter. Butter was first discovered 10,000 years ago and has since been a delicious and helpful piece of everyday cooking. Butter is made by churning fresh or fermented cream or milk to separate the butterfat from the buttermilk. Today, we will make our own butter to see firsthand this process. 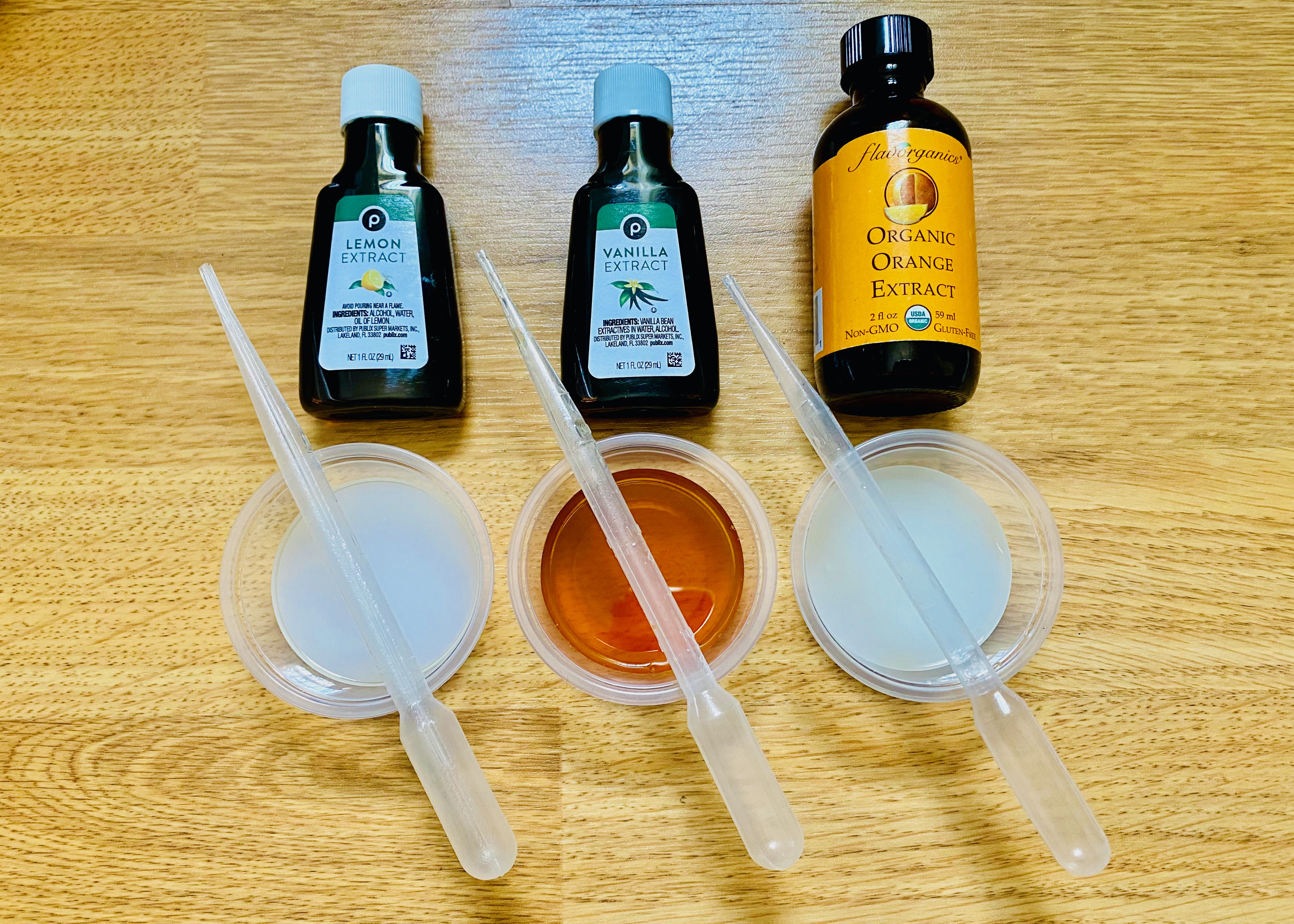 Behnaz Sarafpour is an Iranian American designer of womenʼs clothing, accessories, jewelry, and fragrances. Behnaz was honored by First Lady Michelle Obama at the White House as the winner of the 2013 National Design Award for fashion design. In 2017, she launched BEHNAZ fragrances, all water-based single note flower essences inspired by her Persian heritage. Most perfumes are made by extracting scented oil from natural ingredients. Ingredients can include different fruits, plants, and woods. Today weʼll create our own fragrances using items we have at home! 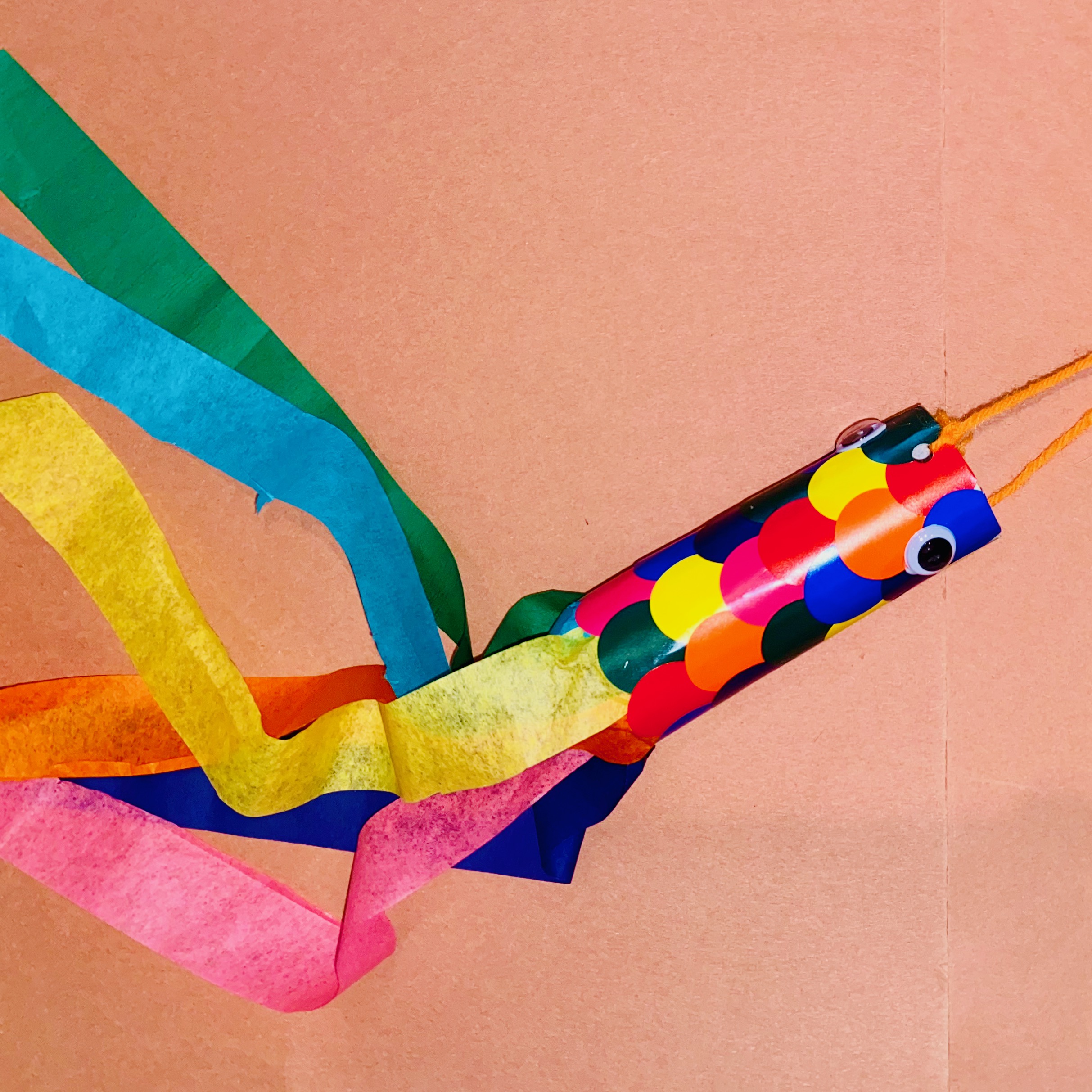 Kodomo No Hi, or Childrenʼs Day, is a Japanese holiday on May 5 to celebrate children - their health, growth, and happiness! For this holiday, families raise the koinobori, which are carp-shaped windsocks, to decorate the streets or their homes. The carp, who swims upstream fighting strong currents, is a symbol for success and strength. A Chinese legend tells the story of how a carp swam upstream to become a dragon! Other traditions for the day include eating kashiwamochi, a rice cake wrapped in oak leaves and filled with bean paste, and taking a bath with floating iris leaves, called syobuyu. Letʼs celebrate children as well by creating our own koinobori! 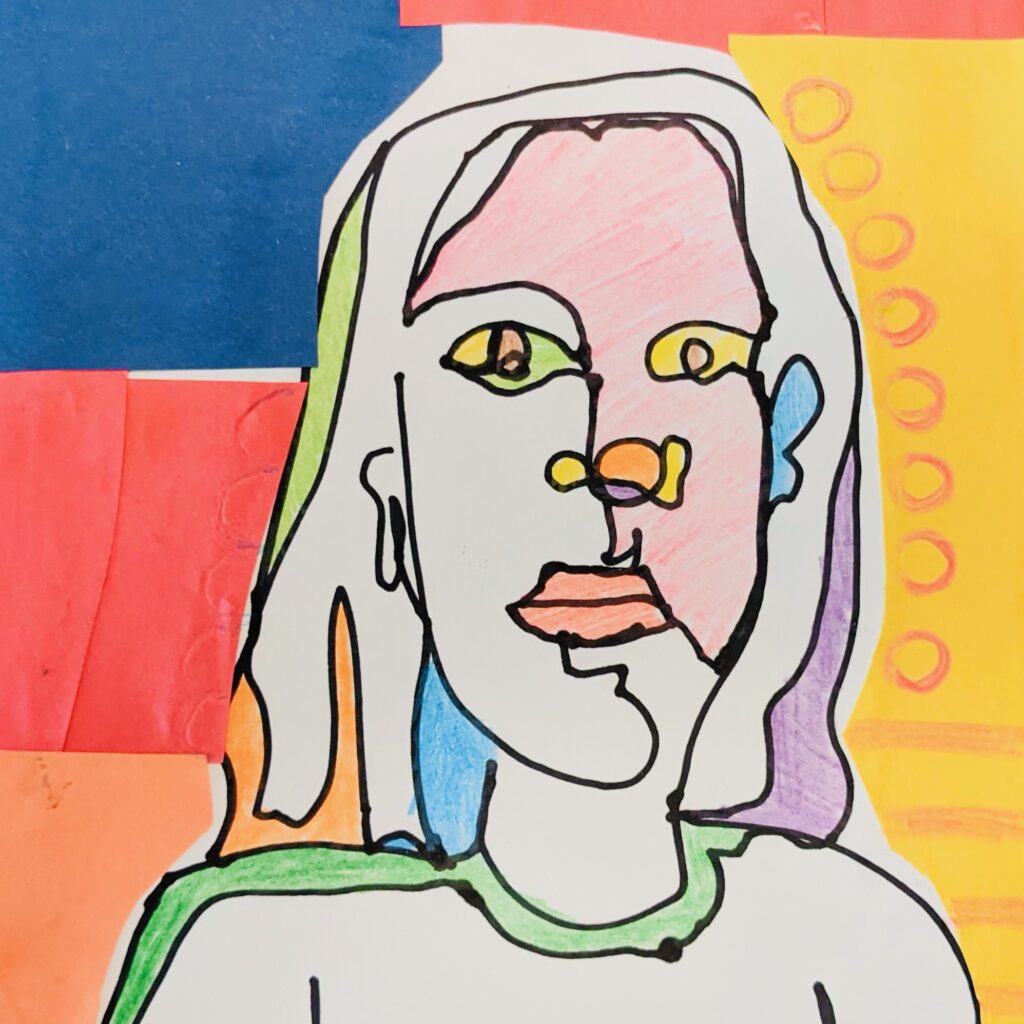 In celebration of Autism Awareness Month, we recognize Amrit Khurana, a young artist on the autism spectrum from Noida, India. Amrit uses her art as a way to communicate and often depicts the world around her as she perceives it. She creates work she calls “The Figurative Abstracts” of people, objects, and spaces using strong lines and flat tones. To celebrate Amrit we will be creating art in her unique perspective using the continuous contour line technique for our line work and construction paper to create flat colors. 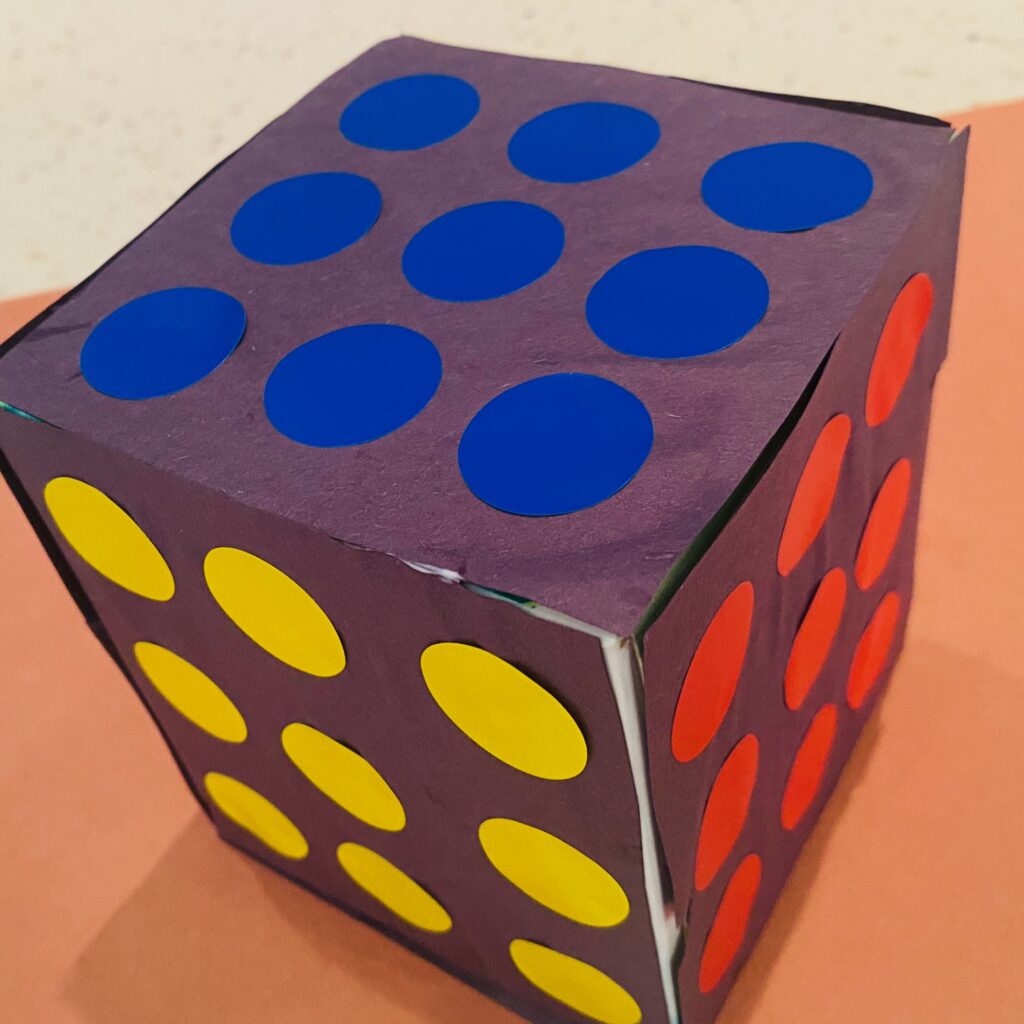 Max Park is a Rubik’s Cube speedsolver that has set multiple world records, including the record for the fastest average time to solve a Rubikʼs Cube one-handed! When Max was two years old, his parents learned he had autism, and decided to introduce cubing as a way to help him improve life skills. Max took a real interest in cubing, which in turn helped him develop his fine motor skills and social skills when going to competitions. Today we will work on our own fine motor skills and our color sorting skills with this sticker game. How fast can you sort the stickers? 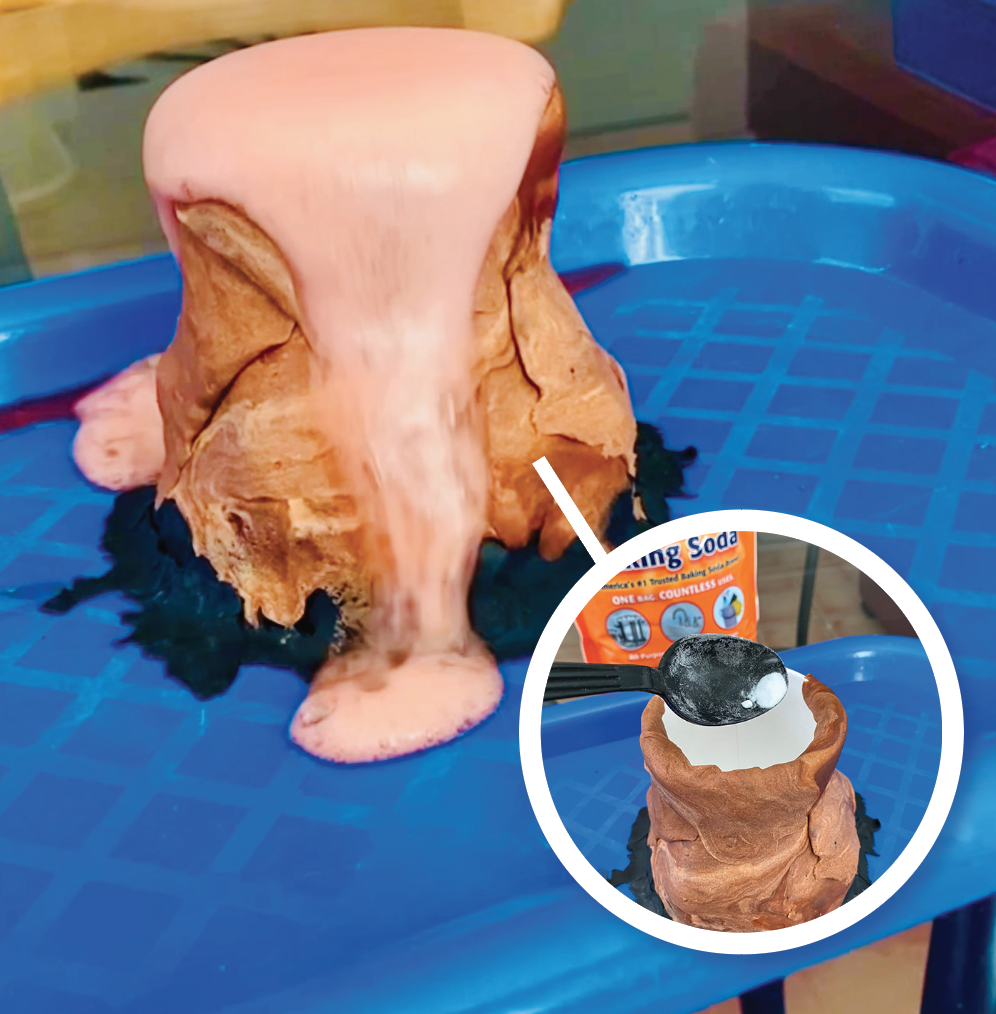 Some of our worldʼs finest minds, inventors, and artists are people with traits we often associate with autism. Albert Einstein, Emily Dickinson, and Mozart are all thought to have been on the autism spectrum. Another among those fine minds is Carl Edward Sagan. Sagan was an American astronomer, planetary scientist, cosmologist, astrophysicist, astrobiologist, author, science popularizer, and science communicator. His research helped to solve the mysteries of the high temperature of Venus (a massive greenhouse effect), along with making science fun and approachable for all. Today, inspired by Saganʼs work, weʼll explore the surface of Venus, a planet covered with volcanos and burning hot with an average temperature of 847 °F! Create your own volcano in this simple experiment, and donʼt worry, this “lava” wonʼt burn you! 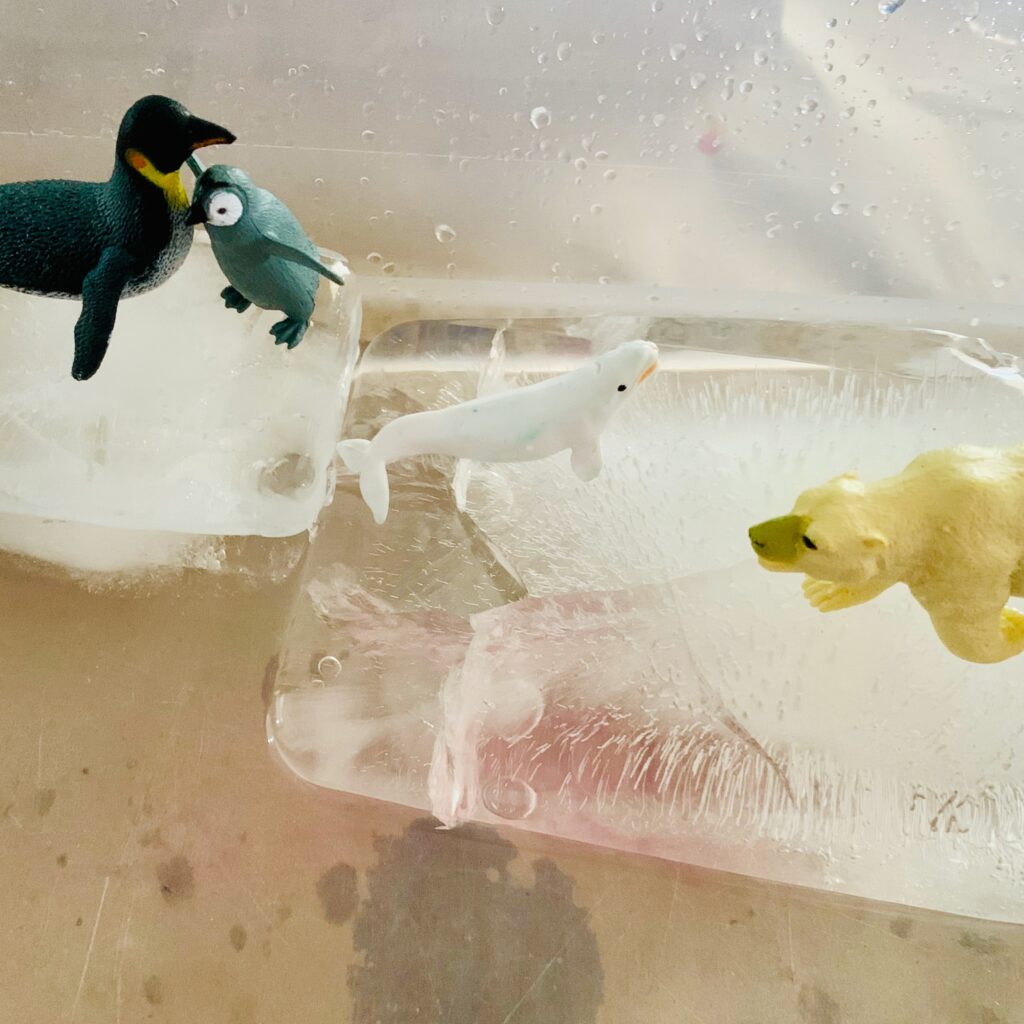 Greta Thunberg is an environmental activist from Sweden. At age 11, Thunberg learned about global warming and couldnʼt stop thinking about the Earthʼs future. The need to help the world prompted her to lead climate strikes, including one of the largest climate strikes: School Strike for Climate. This strike encouraged 4 million students and workers across the globe to protest for the climate. She has been nominated for a Nobel Peace Prize (twice!) and was named TIME Magazineʼs Person of the Year in 2019! Thunberg also recently shared that she is on the autism spectrum, telling the world that Aspergerʼs Syndrome is a superpower that has fueled her passion for climate advocacy. This Earth Day and in celebration of Autism Awareness Month, we are inspired by Gretaʼs message! Weʼll be learning a little about melting ice caps, an effect of climate change, through this fun water-filled activity. 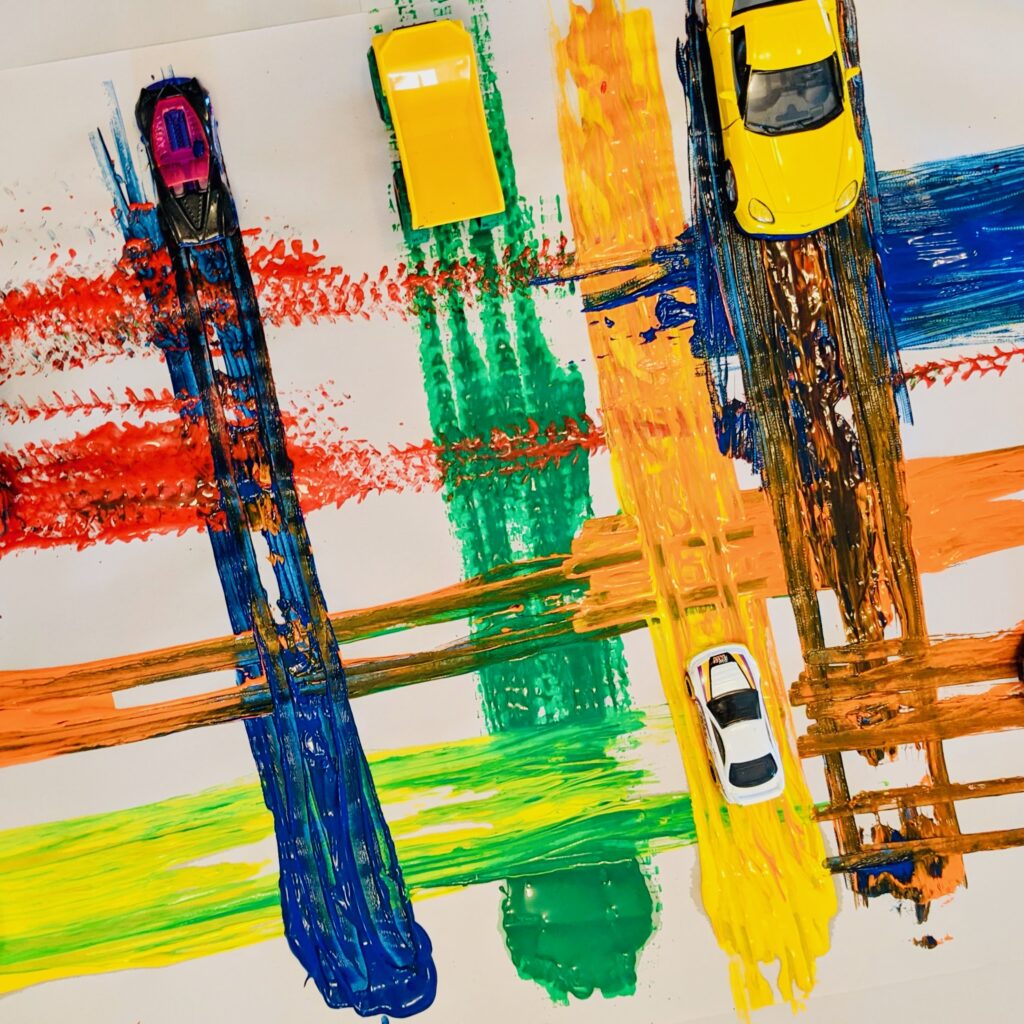 Week of the Young Child

For Artsy Thursday this year, we are celebrating Armani Williams, an American professional stock car racing driver in this process-based art activity. Williams is the first NASCAR driver on the autism spectrum, and he loves showing other children with disabilities that they can achieve their dreams by working hard! In this abstract art project, we will be making marks with paint using found car toys as our paintbrushes. Explore different textures created by the tracks of the wheels and discover what colors you can create when blending and overlapping car tracks. 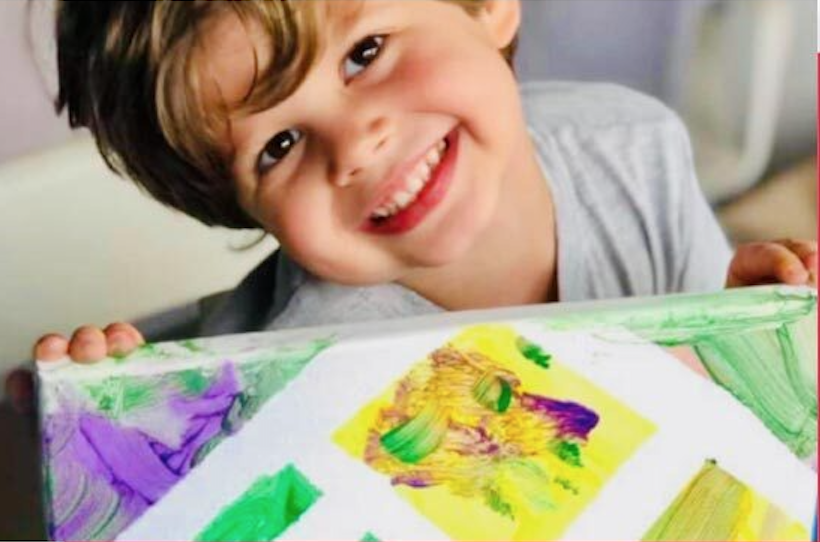 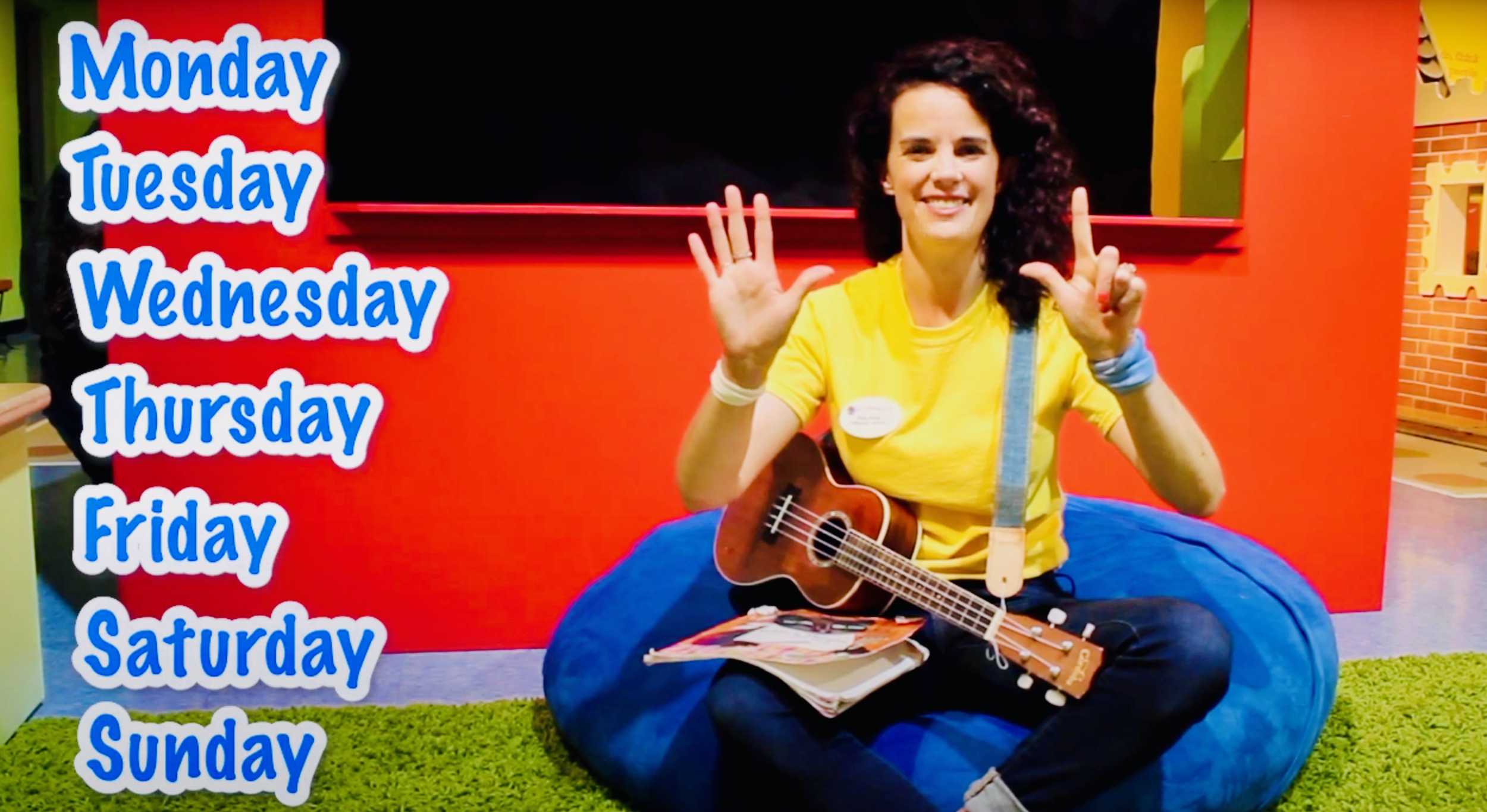