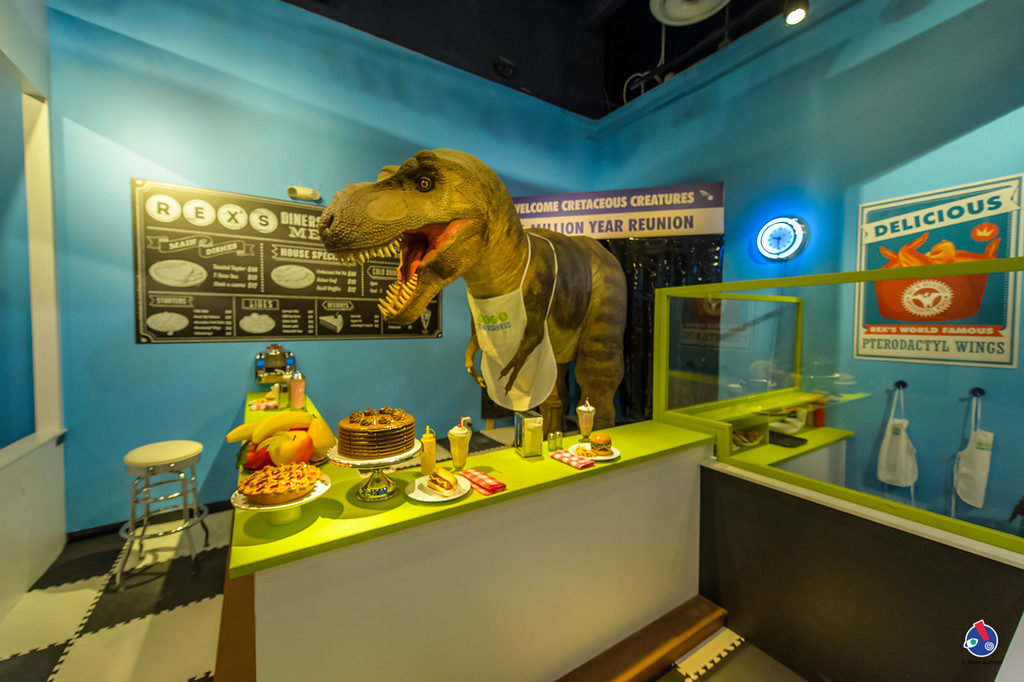 Dino Island is returning to Miami Children’s Museum and it’s unlike anything you have seen before!  It opens on Saturday, June 17, 2017 with a ribbon cutting at 12:30pm, and will run for six months, through Sunday, January 7, 2018. This new hands-on, interactive exhibit takes the dinosaur experience in a new direction, one that will amaze, entertain and spark curiosity.  What if dinosaurs had not gone extinct?  How would they have evolved?  What would they be like today?

At Dino Island, robotic dinosaurs come to life to create a magical adventure for the entire family.  Created, designed and fabricated by MCM, the exhibit will introduce the basics of evolution that could have affected the species if they had continued to survive and thrive.

Attend a Cretaceous Reunion in T-Rex’s “Dinersaurus”, play in a giant dinosaur nest with “Mamasaurus’s” babies, join the Pachycephalosaurus on her wedding day and ask questions from a creature who lived even before the time of the dinosaurs! Through guided tours, theater shows, and self-directed play, children will learn about ancestry, adaptation, extinction, evolution, and other unforgettable science!

The new Dino Island exhibit will be at Miami Children’s Museum 980 MacArthur Causeway on Watson Island in Miami Saturday June 17, 2017 through Sunday, January 7, 2018. Entrance to the Dino Island exhibit is included with regular Museum admission which is $20 for adults and children, $15 for Florida Residents, free for children under 1 year and admission for MCM Members is complimentary.  For more information, please contact the Museum at 305.373.KIDS (5437) or visit www.miamichildrensmuseum.org.